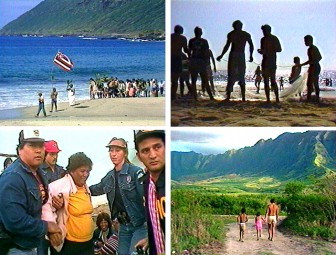 Kānaka Maoli (native Hawaiians) living at Mākua beach in 1983  take a stand to resist eviction by police and government agents.

During the process, they learn the history of how they became dispossessed of their lands and government. The event was one of numerous evictions and land rights actions that took place in the 1970s and 1980s.