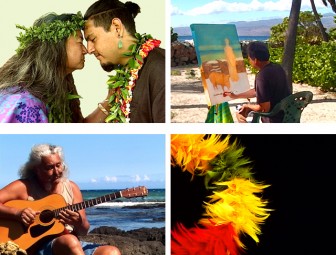 Inspired by the cool uplands and abundant reefs of the Kohala district, the volcano deity Pele, the sacred summit of Mauna Kea and their own cultural traditions, artists from throughout the Pacific and Pacific Rim come together on Hawai‘i island to create collaborative works of fine art.

This video was produced for the Keomailani Hanapi Foundation, established in August of 1998 to increase the number, accessibility, and visibility to native Hawaiian art and artists.