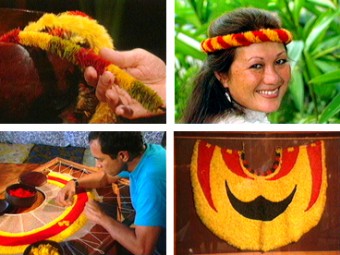 Native birds and the artwork produced from their feathers are the subject of this program hosted by John Dominis Holt.

Hawai‘i's rare, endangered and extinct birds are featured both in wildlife footage and in the artwork of Ipo Nihipali.

Hālau ‘o Mililani, led by kumu hula Mililani Allen, dances a hula that tells the story of the ‘ō‘ō bird, captured for its beautiful yellow feathers and then set free.

Originally produced for the school children of Hawai’i.