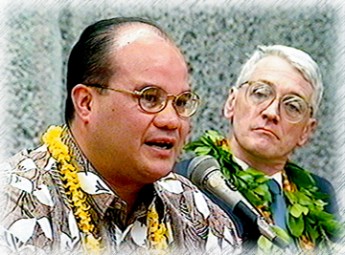 Videotaped at the University of Hawai‘i–Hilo, April 6, 1998, during a commemoration of the 50th year of the Universal Declaration of Human Rights.