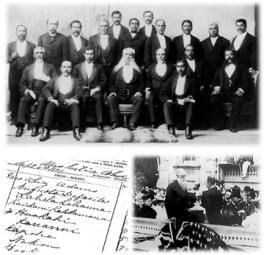 The story of the defeat of a treaty of annexation by Queen Lili‘uokalani and loyal subjects of the Hawaiian Kingdom, who sent an anti-annexation petition to Congress in 1897 consisting of over 38,000 signatures representing 95 percent of the native Hawaiian population. The story of “the annexation that never was."

A co-production of the Hawaiian Patriotic League and Nā Maka o ka ‘Āina, the video was part of a public education campaign to increase awareness of Hawaiian history and sovereignty during the 1998 centennial of the purported annexation.