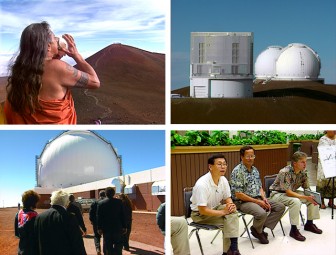 In a series of four community meetings on Hawai'i island in October of 2001, representatives from NASA and the W. M. Keck Observatory presented their plan to add six new telescopes to their array atop Mauna Kea, including proposed plans for restoring disturbed habitat of the rare Wekiu bug.

Comments were received from various Hawaiian, community and environmental groups. This program documents one of the Hilo town meetings, held on October 3, 2001.

A presentation by the Royal Order of Kamehameha and Mauna Kea Anaina Hou introduces a grass-roots management plan for Mauna Kea as an alternative to the University of Hawai‘i plan. This people’s plan called for no new development on the mountain while, at the same time, provided for millions of dollars per year in revenue from the astronomy community to flow into local government and educational coffers.