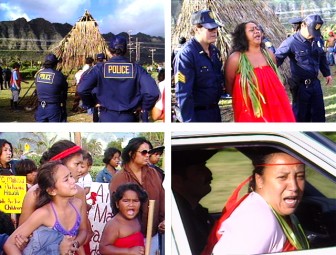 In 1985, a group of houseless native Hawaiians took a stand for their right to live at Waimānalo Beach Park, an area set aside as Hawaiian Home Lands.

The resulting police action and violent eviction is the subject of this video. Iconic footage from this video has been used in numerous other documentaries around the world.