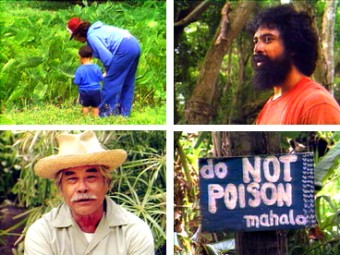 The respect for water sources such as streams and springs and the use of stream water from mauka to makai (mountain to sea) is discussed and contrasted with modern-day practices.

Originally produced for the school children of Hawai‘i.