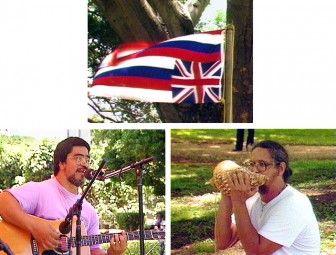 This July 31, 1986, gathering at Thomas Square in Honolulu was the first of a series of annual ceremonies held every year since then to re-establish the celebration of Ka Lā Ho‘iho‘i Ea (Restoration Day).

A former national holiday under the Hawaiian Kingdom, Restoration Day marks the return of political power to the government of King Kamehameha III after the British temporarily seized control of Hawai‘i in 1843.