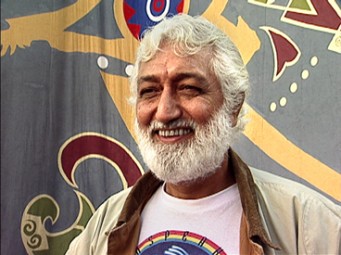 In October of 1993 Joan Lander and Puhipau of the production team Na Maka o ka Aina traveled to the Yamagata International Documentary Film Festival in Japan to screen their documentary, Act of War - The Overthrow of the Hawaiian Nation.

This video follows Puhipau as he participates in a press conference by the First Nations Film and Video World Alliance, is interviewed by New Zealand television, travels to the summit of Mount Zao for a filmmakers’ excursion, and receives an award at the film festival closing ceremony.